WE ARE OPEN FOR BUSINESS! In light of COVID-19, we are fortunate to be a family run business, and the flexibility of allowing our design teams across the globe to work from home. We continue to provide the same level of support you have come to expect 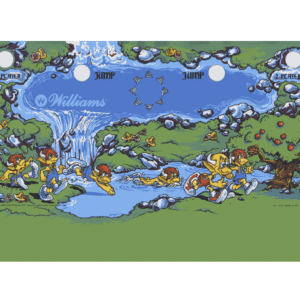 The player controls a spaceship that moves horizontally at the bottom of the screen, firing upward. Enemies, typically one of two types of birds, appear on the screen above the player’s ship, shooting at it and periodically diving towards it in an attempt to crash into it. The ship is equipped with a shield that can be used to zap any of the alien creatures that attempt to crash into it. The player cannot move while the shield is active and must wait approximately five seconds before using it again.

The player starts with three or six lives, depending on the settings. One life is lost whenever the ship is hit by any enemy or projectile while the shield is down.

Each level has five separate rounds. The player must complete a round to advance to the next.

The game continues with increasing speed and unpredictability of the birdlike creature and phoenix flights.

Phoenix was produced by “a smaller Japanese developer” according to Centuri‘s Joel Hochberg.[11] In Japan, a company called TPN licensed the game to Taito.[1] Another company based in Japan, Hiraoka,[12][13] licensed the game to Amstar Electronics,[1] based in Phoenix, Arizona.[14] Taito released the game for Japan in December 1980,[1] and then it was released in Europe.[1] Centuri acquired the American arcade license to the game from both Hiraoka and Amstar Electronics,[1] and then Centuri released it for the Americas in January 1981.[6][7] In North America, Centuri manufactured the upright arcade cabinet while Amstar Electronics manufactured the cocktail arcade cabinet.[2]