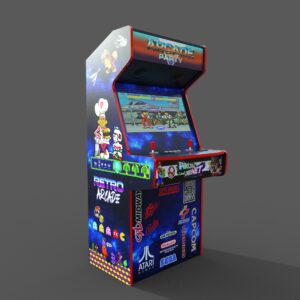 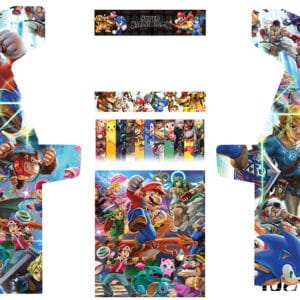 Horror films were a popular genre during the decade, with several notable horror franchises being born during the 1980s. Among the most popular were the Child’s Play, A Nightmare on Elm Street, Friday the 13th, Hellraiser, and Poltergeist franchises. Aside from these films, the concept of the B horror film gave rise to a plethora of horror films that went on to earn a cult status. An example of such is the 1981 film The Evil Dead, which marked the directorial debut of Sam Raimi. Comedy horror films such as Beetlejuice and Gremlins also gained cult status.

Several action film franchises were also introduced during the 1980s. The most popular of these were the Indiana Jones, Die Hard, Lethal Weapon, and Rambo franchises. Other action films from the decade which are of notable status include The Terminator, Aliens, Escape from New York, Red Dawn, Predator, and RoboCop. These films propelled the careers of modern celebrities such as Arnold Schwarzenegger, Bruce Willis, Sigourney Weaver, Mel Gibson, Danny Glover, and Charlie Sheen to international recognition. On the other side of the globe, Hong Kong action cinema and martial arts films were being revolutionized by a new wave of inventive filmmakers that include Jackie Chan, Tsui Hark, and John Woo, while the American martial arts film movement was being led by actors like Chuck Norris, Jean-Claude Van Damme and Steven Seagal.